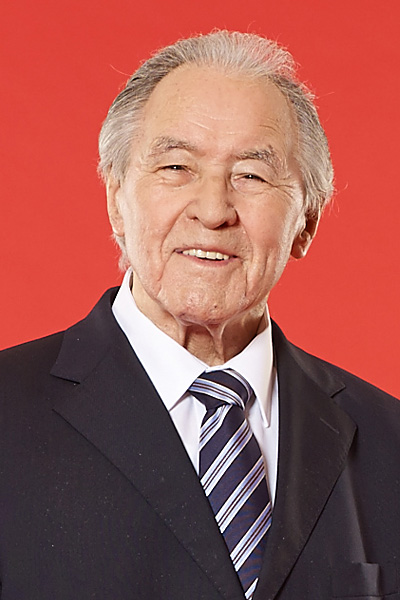 An entrepreneur is someone who is enterprising. A doer. A visionary. Someone who combines a willingness to take risks with strength of character. Who is brave. Who takes responsibility. Who burns for something in shaping a business. Klaus Faber is an entrepreneur. Heart and soul. Through and through. Looking at his journey through life and getting to know him quickly makes one realize that there could have been no other course for him but the one he has taken. Entrepreneurship, discipline, diligence and humility run through his life like a common thread. A success story – made in Germany.

Klaus Faber was born on September 30, 1924, in Bonn. His father is a train driver, his mother a housewife. He starts work at an early age. Having successfully completed his primary education in March 1938 at the early age of thirteen, he immediately starts an apprenticeship as an administrator at the town hall in Konz.

In 1947, Klaus Faber applies for jobs at Siemens and AEG. Both of them would take him and he goes for the job at Siemens. His potential is quickly recognized there and he is made head of the customs department. But he is already determined to go his own entrepreneurial ways, even then. When he wants to make this resolution a reality, Siemens is reluctant to let him go. But Klaus Faber insists on his decision.

“I didn’t want a corporate career because it means having the next-higher person’s feet on your head all the time.“

In 1950, he and his wife establish Klaus Faber AG, a wholesale business for lighting and electrical appliances, in Saarbrücken – the first step into self-employment. In 1953, Klaus Faber takes on the representation of a medium-sized cable factory. The wholesale structures for electrical goods are not as developed as they are today and he sees that some customers have to wait for up to three weeks until they receive their cable supplies. Having an instinctive feeling for the issues of the future from early on, Klaus Faber hatches the idea of specializing in cables and wires as early as in the mid-1960s. The company then ultimately switches to selling cables and wires in the beginning of the 1970s. His enterprise is the first specialized company to import VDE-approved cables and wires from abroad.

“The most important good is the customer base“.

Things are very difficult at first because his project is viewed sceptically by the producing companies abroad as well as his German clients. He works in the field service at the time, travels a lot. In his conversations with the managers of client companies he always emphasizes that he wants to place a greater focus on service and offer small cut lengths. The managers are as a rule easier to convince and more open-minded in their responses than the buyers. Klaus Faber is a fighter. Giving up is not an option for him. And his perseverance is rewarded as the first successes soon emerge. His self-conception as an honourable businessman always plays a decisive role in this.

The company shows continuous growth over the years. Growth being a permanent adjustment process, the warehouse locations originally situated at Lebacher Strasse and then in Riegelsberg and Beelen are moved to Fichtenau and Hedemünden. Meaningful strategic decisions that are vital for the company’s success.

The company registers sales of six million Deutschmark in its first year. Ten years later, this figure has already grown to 20 million. When Klaus Faber established his company, he wanted it to be “small but mine”. Today, Klaus Faber AG generates around 300 million euros a year with its workforce of over 200. A success story because his company rests on a firm foundation even if the industry has gone through its ups and downs over the years. Profits are always ploughed back. There have never been any dividends and Klaus Faber keeps it that way to this day. His focus is on the sustainable survival of a well-financed company, and thus on long-term planning and the responsibility to employees and clients. 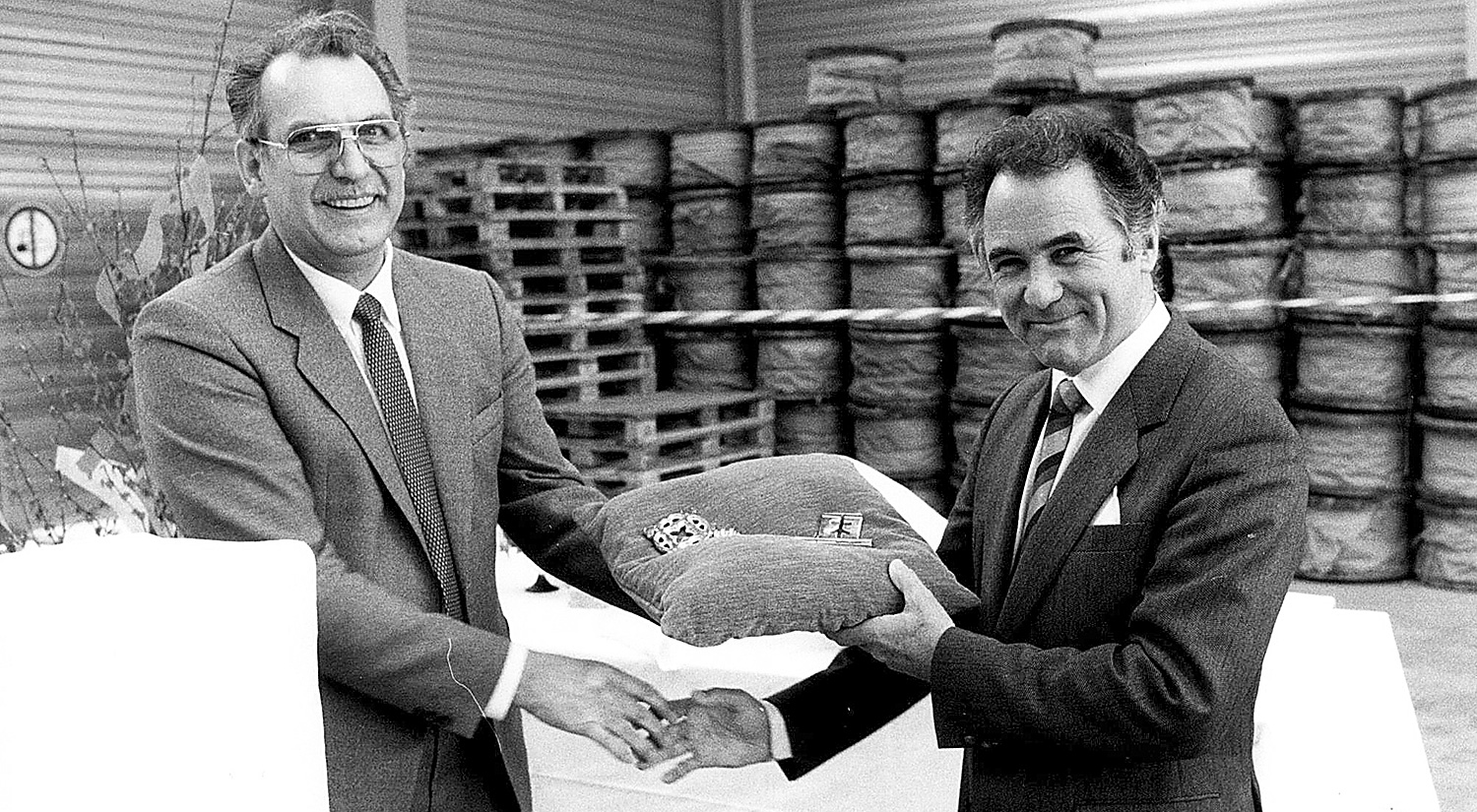 Klaus Faber thinks as a team – and into the future. He establishes the Klaus Faber Foundation in 2004. This foundation is dedicated to safeguarding the jobs and to funding medical science and research as well as projects of applied research, for example in fighting multiple sclerosis.

Klaus Faber celebrates his 70th year on the job in 2008. Retirement is a foreign word for him. Klaus Faber and the company form a unity – indivisibly connected. Klaus Faber remains actively involved in all corporate processes as chairman of the board until the beginning of 2016.

Klaus Faber has already arranged for his succession many years ago because he wants to make sure that his life’s work is in good hands.

„I have been managing the company for 65 years now. Time flies and sometimes I need to pause for a moment to comprehend the way the company has taken since I established it in 1950 with my wife Elfriede. The beginnings were not exactly easy, but giving up has never been an option for me. I have struggled through and it has been worth it. Today, we are a stock company that generates around 300 million euros a year with our workforce of 230. This makes me very proud, also because the company has, despite a number of ups and downs, always stood on a firm base. And that has remained so to this day.

The long-term survival of the firm is a mission in life for me. As an entrepreneur I bear a social responsibility for my employees. It is for this reason that I have established a foundation whose primary purpose lies in safeguarding the company. I have arranged for my succession in due time, as well, so that my life’s work will also be guided into the future.“

We are delighted by your visit of our website at www.faberkabel.at and your interest in our company. Protecting your personal data is an important issue for us. Personal data are information about the personal or material circumstances of an identified or identifiable natural person. They for example include the real name, address, telephone number and date of birth, but also all other data that can be traced to an identifiable person.